The popularity of the concept of "meta universe" indicates the unstoppable transformation of display technology from traditional terminal displays such as mobile phones and computers to high immersion virtual displays such as vr/ar. Micro LED technology, as the key of VR/AR and other virtual displays to open the meta universe, has many advantages, such as high brightness, large viewing angle, long service life, short response time and low power consumption; It also has the characteristics of self illumination without backlight, small size and light weight, and is considered to be the "ultimate display technology" that subverts the industry.

Recently, HGC has made another breakthrough in the field of micro led micro display technology - launching a new self-developed direct display micro LED module. The display size of the module is 0.4 inches, the resolution is 480*270, has 129600 pixels, the brightness is more than 25000cd/ ㎡, the contrast is 100000:1, and the minimum chip unit size and pixel spacing is only 18 μ m. It can be widely used in AR, automotive head up display (HUD), intelligent light source display and other fields.

Micro led adopts self luminous separate micron led. The micro LED module launched by HGC has 129600 pixels that can be driven independently. Compared with the high-order Mini led, which displays about 20000 light beads, it has achieved a qualitative leap in technology and performance. The pixel level light control effect is more direct and pure than the partition backlight control of mini led.

Ultra small spacing and size, and the application boundary continues to expand

The minimum chip unit size and pixel spacing of HGC micro LED are only 18μm. The 0.4-inch solution launched this time can not only be used in small-size, high brightness interactive application scenarios such as AR glasses, but also widely used in automotive head up display, intelligent display, etc., with a wide range of applications and huge market potential. 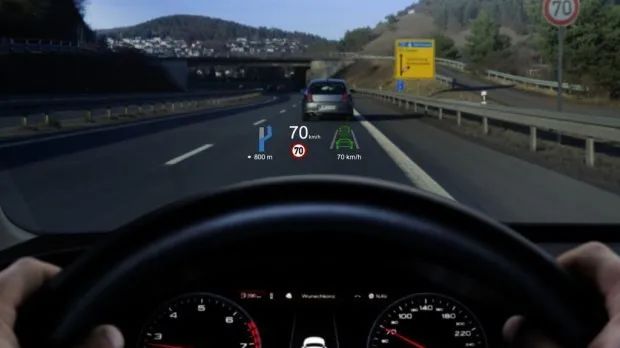 Master the core technology of the whole chain, and design and manufacture 100% independently

The Micro LED micro display products launched by HGC have achieved 100% independent design and manufacturing in all aspects, from chip to package to module.

The release of Micro LED module is another breakthrough of HGC in the field of Micro LED micro display technology. In the future, HGC will continue to make efforts in the fields of Mini LED, Micro LED, small pitch LED display, backlight, etc., increase the investment in the research, development, design and production of Mini/Micro LED, continue to actively promote the industrial chain, low-cost solutions, mass production progress, and promote the transformation and upgrading of the display industry.